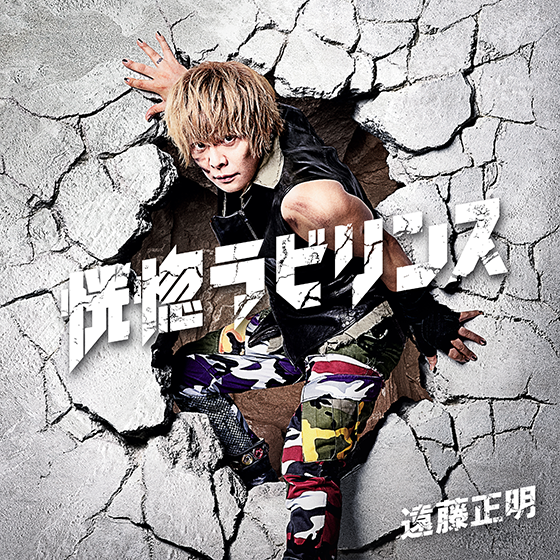 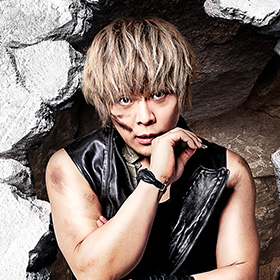 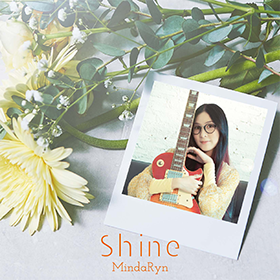 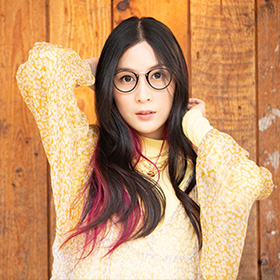 Masaaki Endo
At the time I was given responsibility for the theme song for this series, I was allowed to see the story and storyboards and was utterly absorbed, to the extent that I forgot I was at work.
There is no doubt that this is will be a work that can be enjoyed by those of my generation. I’m very honored to have been put in charge of the theme song of such a work.
The theme song was created in close collaboration with another creator, which was first for me.
It was thrilling and exciting for me to create this work – I really enjoyed it I felt I had something in common with the character Gagumber, and so I kind of wrote it as if it were my own theme song (laughs).
I’ll be very happy if I can add an extra something to the story and boost the spirits of anyone who listens to it. Please enjoy the theme song together with the “SAKUGAN” series.

1993 – Singing abilities were met with acclaim in his work with the drumless acoustic trio “STEEPLE JACK”.

1997 – Achieved hit with the theme song “Yūsha ō Tanjō” for TV anime series “The King of Braves GaoGaiGar!”, creating a storm in the world of anime music. 2000 – Launched the “JAM Project”, which he continues to support to this day together with Hironobu Kageyama.

2003 – Responsible for the theme song of the 27th Super Sentai series “Bakuryu Sentai Abaranger”, and achieved the feat of reaching No. 1 with the theme song for Sentai series. 2008 – Created a stir with the anime song cover albums “ENSON” and “ENSON2” and had success with live concerts based on the album.

2010 – Responsible for “BELIEVE IN NEXUS”, the opening theme song for the 4th series of the TV anime “Yu-Gi-Oh! 5D’s”, and also “Asueno michi -Going my way!!-” the opening theme for the 5th series. In the same year, as a member of the JAM Project, he produced an album commemorating the 10th anniversary of the founding of the organization and went on tour, performing at more than 20 venues in Japan and overseas. 2013 – Appointed as “Miyagi Kizuna Ambassador” and “Ishinomaki Tourism Ambassador”. Since then, he has been conducting fan tours, showing off the charms of Miyagi and Ishinomaki. 2015 – Released “ENSON 3” causing another stir. This was followed in June 2016 by the release of “AREA Z”, an original album by the JAM Project. February 2017 – Released his 6th original album, “V6 Enjin”. 2018 – Responsible for the opening theme song for the TV anime “Satsuriku no Tenshi” (Angels of Death). From 2008, he’s been performing a winter-only “Christmas Acoustic Night”, and in December 2018 released a second album containing new acoustic arrangements of the songs performed at these events, called “Present of the Voice 2”. His voice continues to attract a great many fans.

MindaRyn
My name is MindaRyn and I was lucky enough to have the chance to make the ending theme song for the anime series SAKUGAN.
This song is filled with the feeling of believing in yourself and pushing forward to find a shining world you’ve never seen and the feeling of never giving up on your dreams. I’ve just taken my first steps as a singer of Anime songs in Japan, so I felt there was a lot of overlap with my own life and so I hope I can get these feelings across in the song.
I can’t wait to see how the main character Memempu creates her future in this new world with all the characters she’s about to meet.

MindaRyn was exposed to Japanese anime from a young age due to her father’s influence, and since she loved to sing, she began learning and singing anime theme songs.

After becoming a university student, she became more serious about her dream of becoming an anime singer and started a YouTube channel to post anime song covers.

Her channel quickly reached 100,000 subscribers, earning her the Silver Creator Award. It currently has upward of 910,000 subscribers. Her videos have been viewed about 63 million times and have attracted attention not only from Thai viewers but also from viewers in other countries, including Japan, Indonesia, Taiwan and the United States.

She has performed at conventions in Thailand, Indonesia, Taiwan, Singapore, and other countries, and in 2020, she participated in the 10th Anniversary Original & Best ALBUM “Shūchishin ni Korosareru” by popular creator Rerulili. She has also performed with well-known singers such as Megumi Ogata, nero, Kanako Takatsuki, and Kashitaro Ito.

She debuted under the Lantis label in November 2020 with her single “BLUE ROSE knows,” the ending theme of the TV anime “Kamitachi ni Hirowareta Otoko” (By the Grace of the Gods).